My mother was not very eager to have a birthday celebration when she approached 90 this year. She said she is too old and tired to arrange any get-together. However when we four children and a couple of the grandchildren managed to persuade her over a long time, she gave in and said that if we took care of all arrangements, she would participate.

We did, but it was not easy. I have often taken it upon myself to coordinate some family get-togethers but this time I gave up rather quickly.  I could simply not get my siblings to respond and when they finally did, their answers were depressing and sounded almost accusatory. Maybe the problem is that I expect others to treat me as I treat them. In this case I expected that some of the relatives would have invited my adult children and me to stay overnight in their homes in our hometown. We were travelling from abroad and had only a weekend to stay in my old hometown, where most of the relatives live. However the only response I got was that we should not stay in our mother’s house in order not to mess it up.

But stay at her house, we did. We didn’t mess it up but we passed the night before the birthday party on the second floor of my mother’s house. It was the only way we were able to spend a few hours with her in the evening and the following morning. Right after the party my daughter flew back to Denmark and my son and his wife left the same evening for the capital to be closer to the airport to catch a morning flight to the US. Ironically enough one of my old study fellows from the end of the 70s offered them accommodation in her small flat in Helsinki.

The celebration Sunday started cold and grey. Several of the older invitees had canceled their attendance earlier that week due to sicknesses, bad weather conditions and general darkness of the season. Realizing that there would be five guests less than 10 years of age, 12 guests in the 20s or 30s and 10 from their late 50s to 80s, I dropped my intention to give a lengthy speech about my mother’s 90-year journey on this planet as well as the impact she had had on my life. It would certainly have bored most of the guests.

Instead of the speech I recited a funny poem from the Internet with questions about the role of a woman as a mother. After the poem I went around with an upside down champagne glass representing a microphone interviewing every guest about any good memories and positive traits of my mother.

My older brother did a good job welcoming all guests at the door, the younger brother gave a great welcome speech and my sister and the rest of the family had taken care of preparing a delicious coffee table, taking photos and afterwards cleaning the parish home that had been rented for the event.

The most delightful program highlight was an elderly friend of my mother playing the accordion. First he played some nostalgic popular melodies from my mother’s youth, and later Christmas songs that we all could join to sing, since he had brought a pile of song booklets, in anticipation. Sitting between my brothers and hearing them singing gave me a momentary feeling of being connected. 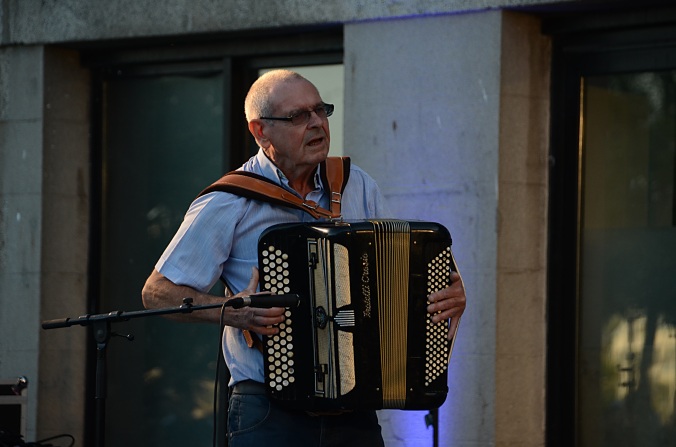 After about two hours the first guests started departing and the party was over. Most Finnish people don’t have much training in socializing and small talk and therefore birthday parties are short unless there is alcohol involved, which makes guests lose the sense of time and some self-control.

The main outcome of the party was that my mom was overjoyed. All her children, daughters-in-law, grandchildren and great-grandchildren had been gathered together. In addition, her two remaining brothers as well as  a couple of friends from the neighborhood were present. What more can you hope for at your 90-year birthday?