Even as a (legal) alien frequently visiting the US I am expected to have an opinion on the sitting president, on the government shutdown, on the potential border wall to be extended on the Mexican/American border or other hot issues of national politics. These questions can come from any ordinary people in line at Walmart, in a dressing room of a swimming hall, anywhere. Because Americans are very interested in politics, interested in knowing what I from the (civilized?) Europe think of their pressing national issues. Or are they?

I can of course answer that as a foreigner on a time-limited US-visa I choose not to have opinions on their national political issues. Or I can say that I respect however the people of the biggest democracy of the world choose to run their country. Both those answers are true and I would expect Americans to use them when visiting other countries. Especially in countries without democracy and general freedom of speech, it may be dangerous to start criticizing national politics. 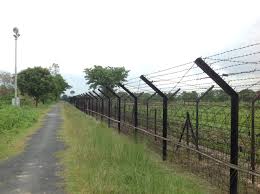 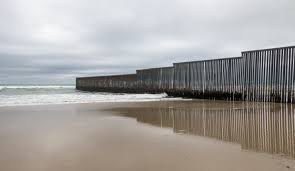 My feeling is that these “ordinary” Americans are not really interested in my opinions unless it is the same as theirs. This I deduct from their follow-up questions like “surely you must think the president is an idiot” and “don’t you think wasting our tax-dollars on building a border wall is insane” at which point I find a way to get out of the situation or totally change the subject.

It is human and totally understandable to try to get others to confirm our opinions. I am sure I do that too. But opinions are just opinions and often not based on relevant facts. Assuming for example that all Europeans are against barriers on borders is wrong.

Since 2015 over 1200 kilometers of border barriers have been built in Europe. Governments who have funded them regard them as a success, because it has reduced the number of undocumented migrants passing those borders. Those governments are also based on some legal, democratic process, which is supported by many of their citizens.

It is equally wrong to assume that all Americans who prefer a physical barrier on the Mexican border are idiots. Maybe they are the ones who have read the British journalist Tim Marshall’s new book titled Divided, Why we’re living in an age of walls”, in which he analyzes some of the many significant border walls built around the world. Maybe they have heard Texas Attorney General Ken Paxton recently explaining that the fence bordering the big Texan city of El Paso had helped drastically reduce the city’s crime rate. Or maybe they just suffer from generalized fear for their own safety – being too poor to live in houses guarded by high fences and guards, like rich people in any polarized societies choose to live – or their jobs that could easily be taken over by migrants willing to work for lower wages.

One of the conclusions in the above-mentioned book by Marshall is that with open borders, people who can afford it will move to countries which offer better living conditions, these countries will have to dismantle their welfare systems while the migrants original countries will decline and become utterly impoverished in lack of educated people. Ultimately he thinks we are animals and as such “we need our space”.

One thought on “Age of walls”